Wow, where has the time gone?! I can’t believe its almost been 8 weeks! With the conclusion of this amazing trip quickly coming to an end, I can’t help but to reflect on how blessed we have been to be part of such an incredible experience. I have had the most amazing experiences being back in the country that I love oh so much. 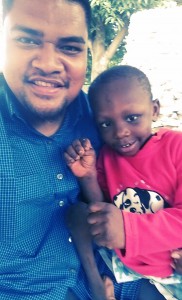 Having recently making the move from Kumasi to Cape Coast, we were excited to bring our efforts to Central region. Here in Cape Coast, although only a couple of hours south of Kumasi, you could really tell the difference in the way of living here. Kumasi felt like a very business centered town where as Cape Coast is quite the opposite. Instead of story buildings and streets lined up with banks, there were roadside markets and streets lined up with churches. The best part about Cape Coast is that it sits right along side the coast and so there is a cool moist breeze all day long. Fortunately, our hotel lies only mins away from the nearest beach which has truly been a blessing to us. 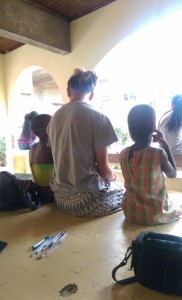 This past week has been a worked filled week. On Monday we stopped by the Central Region Department of Social Welfare where we introduced our team to the staff. We met with the regional director where he was able to give us a list of the orphanages in the central region. But with only a few days left of our internship, we knew we were only going to work in a few. On Tuesday, we brought along a social worker from the regional office to help carry out our efforts. We started with a home called Lighthouse Orphanage where there were about 20 children that lived there. Among them was a small boy named Abdul. Abdul was quite reserved and to himself. It took a little while to get him to talk let alone even smile. But I know there is one thing that every small boy in Ghana could never resist. Football. As soon as I kicked him the ball, he immediately smiled and kick the ball back to me.After football, we played basketball and then played cards. Abdul became one of my closest friends there. As we drove away later that day, I thought about how one day Abdul was going to be his family again. I pictured him kicking the ball around with his younger brother and playing cards with his sisters. I felt deep within me that one day he will be with his family again. I felt proud of the work I was doing and why I was here. Its moments like these when I realize that I’m a part of something so important and it is truly a satisfying feeling. 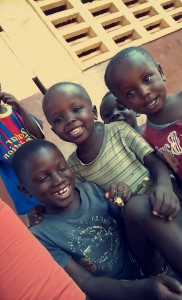 The next day we were at a new home called Human Service Trust where we met 11 new beautiful little faces. There was a small playground there with a couple of swings, a spinning chair ride and a see-saw. We played games like “Down by the River” and another one called “Shake yo Booty” which was a game where the person in the middle of the circle dances to a song the people in the circle are singing. Once a verse is finished the dancing person in the middle of the circle chooses the next person by dancing in front of them. Its a really fun ice breaker and gets everyone in the mood to dance and sing. I’m pretty sure I got the loudest laughs when it was my turn to dance. Its not everyday you see a really large man dancing off beat I guess. It was really fun to say the least. 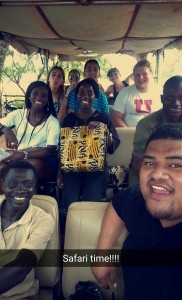 On Friday we started a new orphanage called Trinity Baptist Foundation. This orphanage was quite different from all the other homes we’ve been to. This orphanage was huge! It had its own school, library and computer lab. The children’s homes were very nicely built and the children were nicely dressed as well. We got a chance to play with the children and do our dental hygiene presentation. The kids loved it. We handed out toothpaste and toothbrushes and they promised to brush their teeth every morning and evening.
Saturday was a nice relaxing day for us. We spent the day at Oasis beach resort drinking shakes, eating pizza and laying out under the sun. We also had the chance to see a few boys playing rugby! Which was quite a surprise to me because I have never seen a rugby ball in Ghana before. I never knew the sport existed here and I was quite happy when I saw the boys trying to play. They weren’t quite sure on the rules so I decided to teach them. I felt like a coach and it was an awesome feeling to share my love of rugby with the boys. They loved it and picked it up so quickly! I learned that they were trying to start a team here in Ghana and they were getting help from an obroni lady from London. After a little practice, I felt it was time to play a friendly game of two hand touch rugby. It took about one minute before the two hand touch rule became a full on tackle. We had so much fun playing on the sand that we even started having people come over and watch. It was great to see the people coming to watch us play. I think the boys noticed the people coming because the tackles got a little harder. It was really a great time! 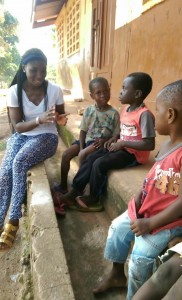 Sunday a couple of us got to go to church where we were surprised to see some old friends. Later that day our team was a back at the beach. This time, at Brenu beach resort. This was a beach we had previously visited and fell in love with it so much we had to go back. Again, we laid out and relaxed. It was definitely a great way to prepare our minds and bodies for our last work week here in Ghana.